Choosing a Bail Bondsman in 4 Steps: A Non-Local’s Guide 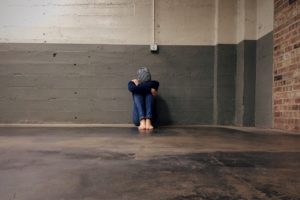 When you live in Oklahoma City – or Oklahoma in general – you will have no issues finding an honest and reputable OKC bail bonds business because Asset Bail Bonds is available. Laurie Poole has been operating Asset Bail Bonds for a number of years now; offering her Oklahoma bail bondsman services to any locals in need.

If she had the choice, she would extend her services farther than the Oklahoma state limits. Although that is unfortunately not the case, Laurie still has several tips to non-OKC-locals that are in desperate need of a bail bonds business worth their time, their money, and most importantly, their trust.

Finding a trustworthy bail bondsman is a trial, but it does not necessarily have to be. The beginning of your search should start at a recommendation. The best referral comes from your attorney – or any experienced attorney – or any other person with a similar standing.

Furthermore, recommendations are not limited to legal professionals. In fact, you might find just as much luck asking close friends and relatives if they have been in a comparable situation, and if so, what bail bonds business they ended up using.

In today’s society, the internet may as well be your best friend. It has access to everything; including reviews on almost all bail bondsmen in existence. The first place you will want to start is on a website like Yelp or Facebook. Read all of the reviews associated with not only their business name, but the names of the people involved in the business.

Now, you should also remember that the internet should not be the sole factor in your decision – and neither should the reviews. In the end, your best decision will be your gut instinct (even if that gut instinct is influenced by your research).

Too many people are trying to commit fraud nowadays; one way or another. Unfortunately, it is not completely unheard of for a bail bonds business to be a base for a scam of some sort. Even if they are not trying to scam you out of your money, it will do no good to hire a bail bondsman that does not have proper verification.

Laurie Poole owns a bail bonds business in OKC, and she can confirm that a bail bondsman will always show you their license and credentials without hesitation (unless they are hiding something).

If you are in need of bail bonds service, contact Asset Bail Bonds in OKC today!